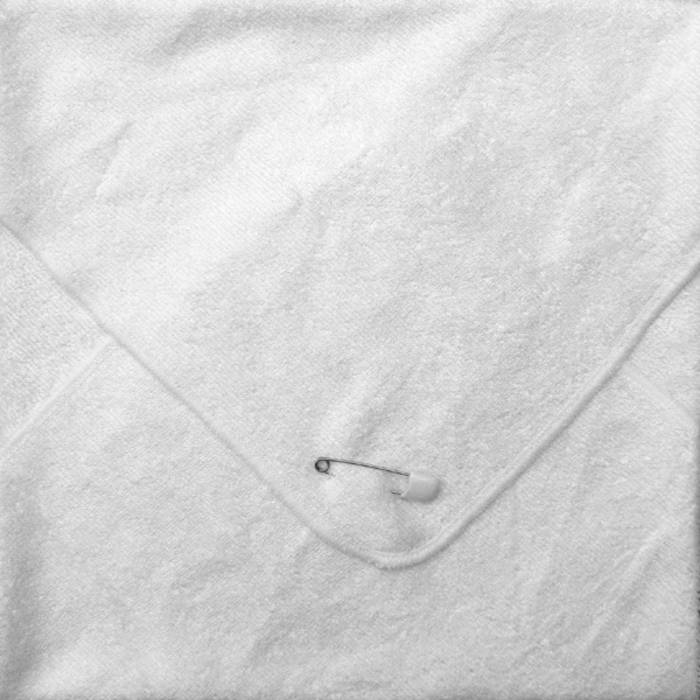 Recorded between Spring 1989 and Summer 1990. All the vocal parts on this recording are performed by singers under the age of 18 months. They are:
Faye Kilsby
Lucy Round
Tom Heale


It looked so innocent at first. Picture of a shrine to a saintly infant on the cover, titled to suggest holiness and docility, it sat in the CD review drawer like an orphan on a doorstep. It needed attention, understanding, a sensitive ear. So I adopted it.

Little did I know I’d just brought Damien into my apartment.

Titles like Eeeeurr, Lleeehh, and Gooraruh should’ve been omens – hellspawn probably would make those noises – but instead I got lulled by the inlay booklet. It lured me with bits of info on babies’ spontaneous singing and vocal capabilities, fired my curiosity when it said the assembled instrumentals were "based on the song babbles and sound effect made by infants, to create a new form of music".

Then it scared the living hell out of me. This, friends is not Lullabyes from the Womb.

It’s an industrial soundscape, where tape loops, found noises and mechanical dronings run free, unfettered by normal song structures or any human voice older than 1. Looped into rhythm tracks, or distorted into the lowing of Satan’s cattle, these infants sounds move Mouth of Babes way beyond ambient into…what?

Eerie, unsettling – arcane, even – and too far into the mystic for "normal" listening. Its incantations are uniform, repetitive and totally impenetrable for anyone out for nifty "alternative" "music". It demands effort, attention and imagination, and it’ll frustrate anyone who tries otherwise: dancing or having sex to it won’t cut it (I know. I’ve run control tests) (With or without restraining device – Inquisitive ed.) and merely listening through all 70 minutes borders on ritualistic.

And maybe ritual is what this album is about: the booklet closes off with an "Occultistic Note" of suggestions on designing magickal systems and warnings against "parasites and vampies of Control". And maybe there does have to be some mystical communion before Mouth of Babes will speak its secrets.

And maybe – just maybe – I’d be willing to shed the spiritual sweat to get to it.

Mixed in the Emission Control Studio in Derbyshire, England, 1989 and in the Worthwhile Studio, Whitley Bay, England, 1990.
All arrangements are by Nigel Ayers.
Additional sound processing by Hartley M. Twang.